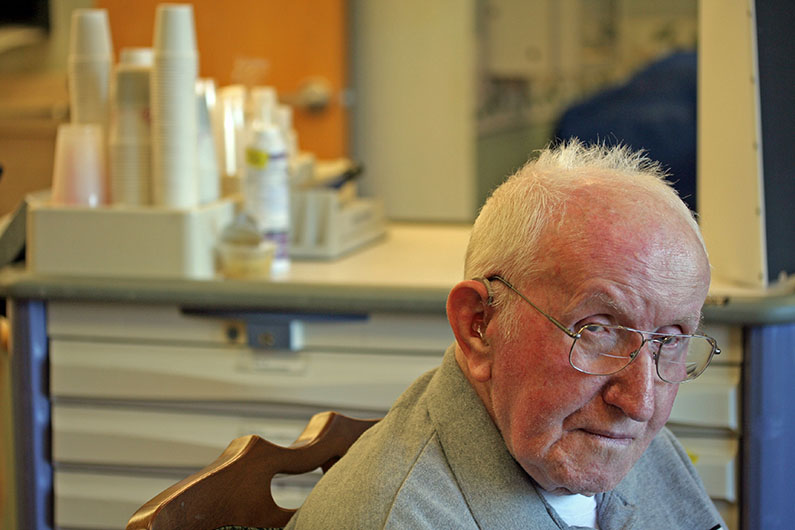 Advocates for older people say the main problem involves certain applications for Medicare’s “Part B” coverage for outpatient care. It stems from the closure of local Social Security offices in the coronavirus pandemic.

Part B is particularly important these days because it covers lab tests, like ones for the coronavirus.

Social Security handles eligibility determinations for Medicare, and while many issues can still be resolved online, some require personal attention. That can now entail hold times of 90 minutes or more to reach Social Security on its national 800-number, according to the agency’s website.

Even in normal times, signing up for Part B could be tricky for people who worked past age 65 and kept their workplace coverage. People need to apply separately for the outpatient coverage, and provide Social Security with documentation of their employer policy, to avoid hefty late-enrollment penalties.

Fred Riccardi, president of the advocacy group Medicare Rights Center, said an already cumbersome process has been exacerbated by the pandemic shutdown, raising the risk that some seniors will fall into a coverage gap or end up owing penalties.

“We are concerned that people who are eligible will go without coverage due to unnecessary administrative barriers and the lack of information from federal agencies,” said Riccardi. “The problem is serious.”

His organization is among groups asking Congress to hold seniors harmless from Medicare application problems during the coronavirus emergency. It’s unclear how many are affected.

Social Security declined several interview requests and instead sent The Associated Press written responses to questions. The agency said it has seen an increase in requests for Part B enrollment because of older workers losing job-based coverage.

Social Security said it worked with the Centers for Medicare and Medicaid Services to waive certain signature requirements for Part B forms during the pandemic and has set up a dedicated fax number to receive applications.

Social Security gets credit for trying, said Leslie Fried of the National Council on Aging, but that “I don’t know anyone who has a fax machine anymore.”

With the economy shedding millions of jobs, older workers going from employer coverage to Medicare can find themselves in a holding pattern.

Carol Berul of Sacramento, California, retired from state government on Feb. 1. She said she’s still trying to figure out what happened to her Medicare Part B application, which she mailed in January. In her early 70s, Berul said she’s worried her health could be jeopardized by bogged-down paperwork. She has an immune system disorder triggered by a medication that she once took.

Berul said she’s faced hold times of more than an hour trying to call Social Security. When she finally got through, she learned the agency had no record of her Part B application. She resubmitted it.

Berul said Social Security employees she’s talked with have been helpful and empathetic but “with all the people working from home trying to get information from point to point, it’s like a pyramid, and they haven’t connected all the dots.”

For John Breithart of Grand Haven, Michigan, it was a different Medicare issue but a similar experience.

Breithart, who works for an oil and gas delivery company, turns 65 this year and becomes eligible for Medicare’s Part A inpatient coverage.

He’s covered through this wife’s retiree health plan and earlier this month the insurer sent him a letter saying he’d be kicked off if he didn’t provide a Medicare number.

Breithart started calling Social Security. He said on one occasion he was on hold for an hour and 52 minutes. Another time a returned call fell through and the case worker didn’t leave a callback number.

The logjam finally broke after he contacted his two U.S. senators. Social Security confirmed that his Medicare application had been approved. Breithart quickly called Medicare. After asking a litany of questions, an agent read him his Medicare number over the phone. He was able to complete the relay to his wife’s insurer.

“You don’t think of people who don’t have health insurance when you’ve had it all your life,” said Breithart. “Then you get ready to retire and someone says you need a number you don’t have, and it gets stressful.”

Social Security said the pandemic did lead lead to much longer telephone holds, but its latest weekly average was down to 45 minutes, depending on when a person calls and whether others are trying at the same time. Agency employees have been able to continue to serve the public by teleworking.

According to Webster Phillips, a policy expert with the National Committee to Preserve Social Security and Medicare, wait times before the pandemic averaged around 20 minutes.

Natalie Kean, a lawyer with the advocacy group Justice in Aging, said, “Going through the normal channels is just going to be slow, and it’s not responsive to the increased need right now.”

On Capitol Hill, the chairman of the House Ways and Means Committee said the committee is trying to assess what’s going on.

“Seniors should not be penalized for disruptions in service due to the crisis,” Chairman Richard Neal, D-Mass., said in a statement.

5 Things To Know About Coronavirus And People With Disabilities

How Retirement Income Gets Taxed

Retirement Security Is On A Treacherous Path, New Report Warns