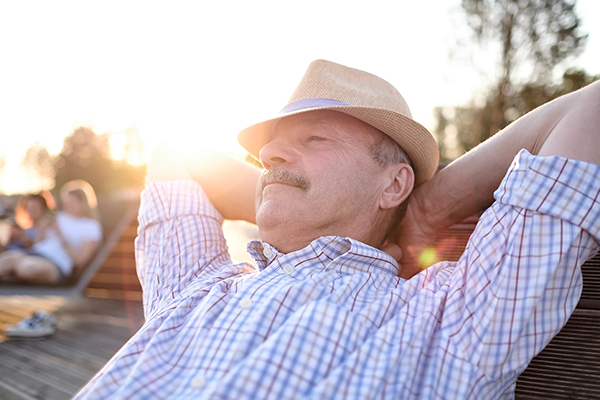 Say this about the kinds of molecular mayhem that we know underlie aging: Mechanisms like whether the ends of chromosomes fray (bad) and whether genes’ on-off status breaks down (really bad) at least sound like plausible ways to impair vital organs, from skin to brains and hearts, and produce the whole sorry mess known as aging.

On Wednesday, Oct. 16, , scientists reported a driver of aging that, in contrast, even the lead researcher diplomatically calls “counterintuitive”: neuronal activity. Aging, of course, affects the brain. But the brain seems to affect aging, too, they found: In creatures from worms to mice to people, high levels of neuronal firing spell a shorter life span. Lower levels — naturally, or due to drugs that dampen neurons’ activity — increase longevity.

The discovery was so surprising that it’s taken two years to be published (in Nature) because of how much additional data the outside scientists reviewing the study requested. Geneticist Bruce Yankner of Harvard Medical School, who led the research, understood their skepticism. “If you say you have a cat in your backyard, people believe you,” he said. “If you say you have a zebra, they want more evidence.”

So evidence is what he and his colleagues kept generating, in humans and mice and the roundworm C. elegans that has long been biology’s go-to animal for studies of aging, finally persuading the skeptics.

“I think this is a significant new finding,” said molecular biologist Nektarios Tavernarakis of the University of Crete, an expert in aging who reviewed the paper for Nature. “It’s definitely a surprising twist in the saga of aging, but it’s too early to talk about manipulating the human lifespan based on this. In my opinion, things are going to be more complicated.”

On the other hand, earlier studies have hinted that excessive neuronal activity is a factor in dementia, and some Alzheimer’s experts recommend yoga and meditation (both of which can quiet the brain) as possible ways to slow the progression of that life-shortening disease. Now, with the additional evidence linking neuronal activity to life span, the idea that neuron-quieting drugs might one day extend life span seems somewhat less far-fetched.

The Harvard scientists’ first clue that neuronal activity — electrical signals that zip along nerve cells — might have something to do with life span came from human brains donated for research. In the frontal cortex, the site of higher-order thinking, a gene called REST was more active in brains of people who lived to 85 or beyond than in the frontal cortex of brains whose owners died in their 60s or 70s. (Evidence of gene activity lingers in dead brains for months if they’re properly frozen.) All the brains were cognitively normal.

REST didn’t come out of the blue. In 2014, Yankner and his colleagues showed that this gene protects aging brains from dementia.

How Exercise Lowers the Risk of Alzheimer’s