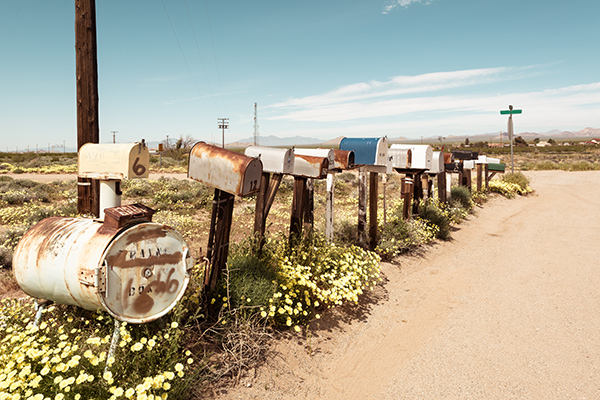 Forty-two boxes of returned mail lined a wall of the El Paso County Department of Human Services office on a recent fall morning. There used to be three times as many.

Every week, the U.S. Postal Service brings anywhere from four to 15 trays to that office in Colorado Springs. Each contains more than 250 letters that it could not deliver to county residents enrolled in Medicaid or other public assistance programs.

This plays out the same way in counties across Colorado. The state estimates that about 15% of the 12 million letters from public assistance programs to 1.3 million members statewide are returned — some 1.8 million pieces of undelivered mail each year.

It falls on each county’s staff, in between fielding calls, to contact the individuals to confirm their correct address and their eligibility for Medicaid, the federal-state health insurance program for people with low incomes.

But last year, state officials decided that if caseworkers can’t reach recipients, they can close those cases and cut off health benefits after a single piece of returned mail.

Medicaid, food stamps and other public benefit programs have avoided the march toward digital communication and continue to operate largely in a paper-based world. That essentially ties lifesaving benefits for some of the most vulnerable populations to the vagaries of the Postal Service.

As returned mail piles up, Colorado and other states take increasingly drastic measures to work through the cumbersome backlog, lowering the bar for canceling benefits on the basis of returned mail alone.

Missouri, Oklahoma and Maryland are among states that have struggled with the volume. And when Arkansas implemented Medicaid work requirements, nearly half the people who lost benefits had failed to respond to mailings or couldn’t be contacted.

At best, tightening returned-mail policies could save states some money, and people cut off from the benefits yet still eligible for them would experience only a temporary gap in their care. But even short delays can exacerbate some patients’ chronic health conditions or lead to expensive visits to the hospital.

But at worst, the returned mail may be contributing to a major drop in Medicaid enrollment and increased numbers of uninsured. Patients dropped from the rolls rarely realize it until they seek care.

“There’s a lot of concern on this issue,” says Ian Hill, a health policy analyst at the Urban Institute, a think tank based in Washington, D.C. “Are they getting purged from the records unfairly and too quickly?”