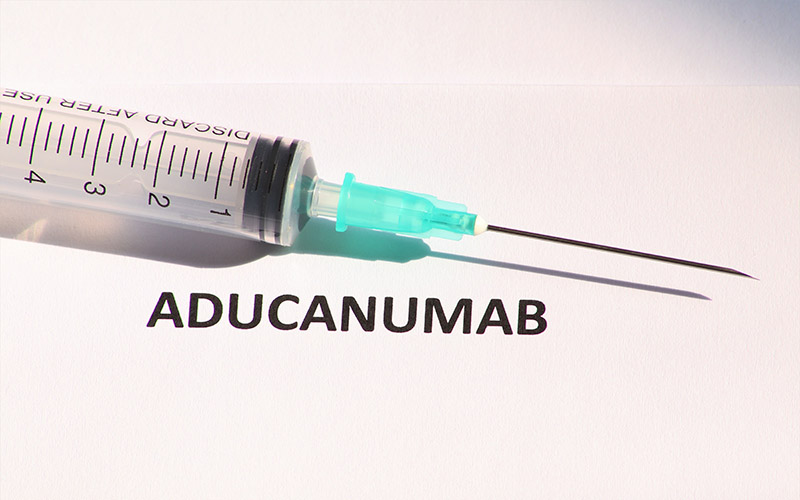 WASHINGTON — Whether seniors get an unprecedented mid-year discount on Medicare premiums will hinge on a forthcoming decision about how the program will cover a pricey, controversial new Alzheimer’s drug that is expected by mid-April.

Health and Human Services Secretary Xavier Becerra said two months ago he wanted to explore lowering the premiums, which saw their largest-ever hike this year in case Medicare spending skyrocketed due to the approval of Aduhelm, which initially cost more than $56,000 for one patient, for one year.

But since the premium hike was announced, Biogen slashed the price of the drug in half, and Medicare also proposed dramatically restricting how many patients could get the drug. Uptake has also been surprisingly slow.

Becerra could lower the premiums now, experts said, but he confirmed on Thursday that he will wait at least until Medicare’s coverage decision is final. It is due April 11.

“Once we have that determination, we’ll be able to fully assess what impact Aduhelm may have had on premiums for seniors in Medicare,” Becerra told reporters, adding that seniors would know more “soon.” “We’re gonna make sure that seniors don’t pay more than they have to.”

The outcome of the decision could be an important precedent for how Medicare faces difficult financial decisions forced by expensive, brand-new drugs coming to market in the future. In the meantime, seniors could be paying higher premiums for at least another month, in part due to the cost of a drug that may not even work, and that very few patients are taking.

An adjustment to premiums in the middle of the year would be unprecedented, experts say, but it was difficult to predict just how few patients would receive Aduhelm back when 2022 premiums were set in November. The drug’s approval process is also the subject of several independent investigations that began after STAT reported the extent of unusual coordination between the Food and Drug Administration and Biogen ahead of the drug’s approval.

However, it doesn’t appear there will be a major Aduhelm-driven increase in spending anytime soon. Medicare in January also released a draft coverage decision for Aduhelm that was highly restrictive, and would only allow patients enrolled in clinical trials to receive coverage for the drug.

Democrats in Congress pressed Becerra to pressure Medicare to reconsider its premium decision as the midterm elections loom later this year and President Biden’s massive domestic spending package that would lower some health care costs has stalled.

Advancement for workers with disabilities relies on manager