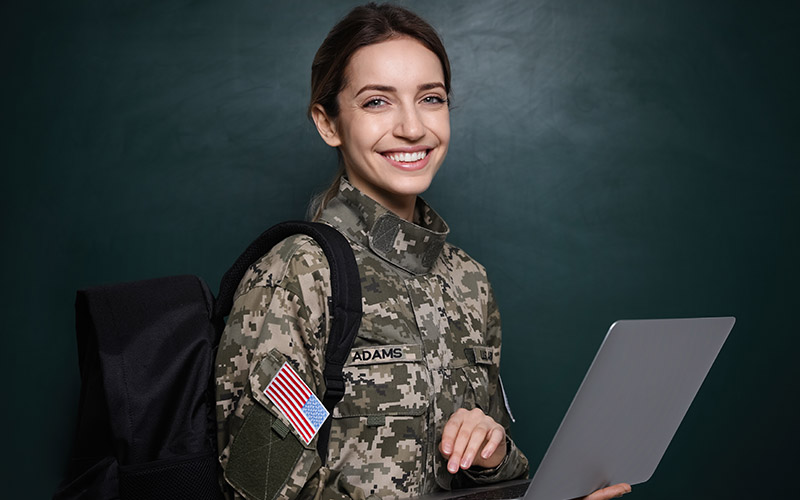 Millions of veterans could be eligible for an additional year of education benefits starting next semester thanks to another federal court ruling rejecting the Department of Veterans Affairs prohibition on collecting both Post-9/11 GI Bill benefits and Montgomery GI Bill payouts.

The decision, rendered by the U.S. Court of Appeals for the Federal Circuit late last week, leaves federal officials with only a few long-shot options to support their arguments and overturn a pair of precedential decisions by judges.

In a statement, VA officials said they are still assessing the latest court decision but “remain committed to providing veterans the benefits they have earned and deserve.”

The case, Rudsill vs. McDonough, has been pending in federal courts for nearly six years. At its center is department officials’ assertion that veterans can use either the Post-9/11 GI Bill program or the Montgomery GI Bill program, but not both.

Jim Rudisill, an Army veteran wounded in a roadside bomb attack in Iraq in 2005, challenged that policy, saying it was based on a misreading of the law by department officials.

The federal circuit court was the latest in a series of courts to back his case, agreeing that Rudisill should not have been forced to give up eligibility in either program, and should be entitled to 48 months of education benefits (the existing cap on total government higher education payouts under federal statute.) The ruling leaves in place lower court decisions that say eligible veterans can start using the benefits as early as next semester.

“Congress doesn’t try to trip up veterans with their benefits. They want to protect them and take better care of them,” said Tim McHugh, an Army veteran and associate at the Hunton Andrews Kurth law firm who was the lead attorney on the case.

“To hear another federal appellate court agree with that is vindicating.”

The Montgomery GI Bill benefits program offers far less money, but still has several thousands of dollars annually to offer veterans for tuition costs if they paid into the program at the start of their military service. It is expected to be completely phased out in the next decade.

Given the choice between the two programs, most veterans would opt for the more financially generous Post-9/11 GI Bill program. But the court decisions now open the door for the possibility of another year of lesser education stipend payouts for veterans who can’t complete their degrees in 36 months.

Rudisill is attending seminary school using his additional education benefits, after a lower court order allowed him to start collecting the money even as the case was appealed.

The court ruling is focused just on his benefits, and was not a class action suit that would apply directly to all veterans in a similar situation. But judges on the federal circuit court opted to make their decision precedential, meaning it could be used by other veterans to support their own eligibility for additional payouts.

An estimated 1.7 million veterans who have already attended college classes have some Montgomery GI Bill eligibility left, according to Rudisill’s lawyers. The department has not released any estimates on how much a change in policy may cost.

Do you need an attorney to handle your Estate Planning, Probate, Special Needs, or Medicaid/Medicare issues? Find an qualified member of the Ohio Chapter of the National Academy of Elder Law Attorneys in the Ohio NAELA Directory.