After the widespread success of state insurance mandates for autism treatment, a grassroots effort is underway to do the same for other developmental disabilities. 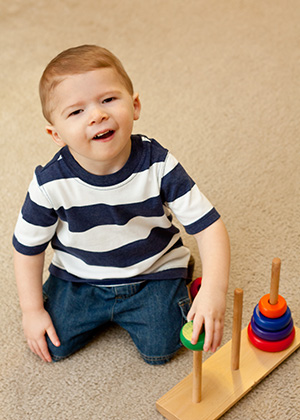 This summer, Missouri became the third state to pass a law requiring coverage of medically-necessary therapy for all children with developmental disabilities. The effort was spearheaded by Robyn Schelp, president of Missouri Disability Empowerment, whose son has a rare genetic disorder that is treated with speech, physical and occupational therapy.

“Anyone in the disability world understands how important therapy is for development,” Schelp said. “It is awesome that these autism mandates exist, but it’s also important that children with Down syndrome and cerebral palsy and other disabilities have access to the therapies they need.”

While every state has mandated insurance coverage for autism treatment — which generally grants coverage for applied behavior analysis, or ABA — only a handful of states also include developmental disabilities. New Jersey and Maryland do, and Florida amended its autism mandate to include Down syndrome.

Disability advocates say they expect grassroots efforts like Missouri’s to spread. Schelp said she’s been contacted recently by parents from seven other states.

But autism advocates, who paved the legislative pathway, are urging others to proceed carefully in order to achieve what they need and avoid inadvertently jeopardizing earlier gains.

“Their situation is a little bit unique,” said Mike Wasmer, director of state government affairs at Autism Speaks. “Unlike autism, which is a clearly defined disorder, … the category of individuals that they’re trying to expand to includes a variety of different disabilities. That’s going to be one of their challenges, to clearly identify what they want.”

Under the Missouri law, insurers may still impose caps on the number of annual visits for speech, physical and occupational therapies, but the caps must be lifted when determined to be medically necessary by the health plan.

Instead of creating an entirely new section of statute, the Missouri autism mandate law was amended to include developmental disabilities. As a result, Wasmer said the insurance lobby was able to insert language that would have undermined existing coverage for autism. While that language was ultimately struck from the legislation, the process created friction between disability communities.

Wasmer said he recently met with a group of advocates in Kansas who are interested in pursuing a developmental disabilities mandate.

“Autism Speaks is fully supportive of the developmental disability community at large to get the coverage that they need,” he said. “We’re happy to share our experience. They just need to be careful about how it’s done to avoid a similar situation as Missouri.”

Lorri Unumb, who as a parent drafted an autism mandate law for South Carolina and is now CEO of the Council of Autism Service Providers, said she urges families to first make sure they’ve exhausted all avenues to secure the coverage they need.

“It’s almost an unbearable time commitment if you’re the parent of a child with a disability and on the side you’re going to be a legislative advocate,” Unumb said. “Don’t go into it lightly. See if there are other remedies out there.”

Schelp said she thinks that if a number of states pursue mandates at the same time, advocates can work together for greater success.

“It’s so cool that … states have an autism mandate. Now we want to see this expanded to all disabilities,” she said. “We get to ride their coattails.”

Will Social Security be around when I’m ready to retire?