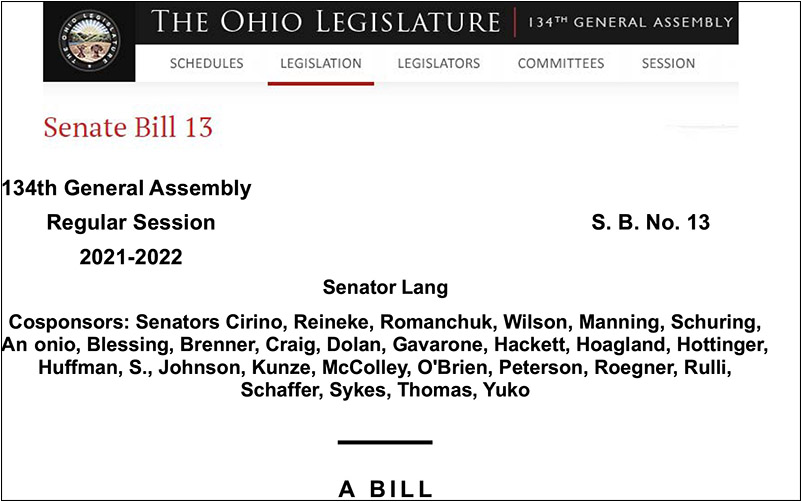 Please be advised: Last week, the Ohio Senate passed Senate Bill 13, and the bill was introduced in the Ohio House of Representatives. For those unfamiliar with the legislation, S.B.13 would establish “a statute of repose” for malpractice action against attorneys in the state, similar to the time limit protections already afforded to physicians, nurses and most licensed professionals who practice in Ohio.

When fully in place, S.B. 13 would require legal malpractice actions to be brought within four years of the legal act.

The Ohio State Bar Association is urging passage of the bill, and its representatives testified before the Senate in support of it – both in the previous 133rd  Session of the General Assembly, when it was proposed as an amendment to House Bill 251, and in its current form in the 134th  Session.

See the full text of the OSBA’s prepared testimony in support of S.B. 13, and the statute of repose details, at this link. Read more about the OSBA’s take on the bill at the OSBA Legislative Priorities page. See full details of the bill on the Ohio Legislature site at this link.

The Ohio Supreme Court has ruled that a statute of repose applies to both vested and non-vested alleged malpractice claims. For a full discussion of a statute of repose, see Antoon et. Al. v. Cleveland Clinic Foundation 148 Ohio St. 3rd 483, 2016-Ohio-7432, at  http://www.supremecourt.ohio.gov/rod/docs/pdf/0/2016/2016-ohio-7432.pdf 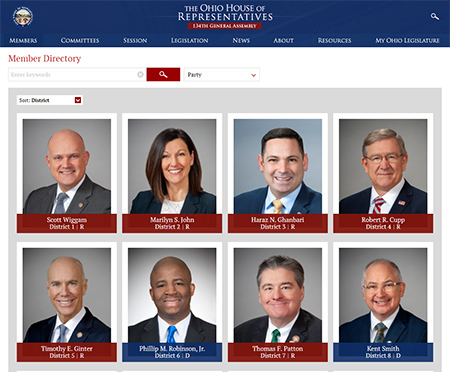 Ohio NAELA members in support of the legislation are urged to consider calling their State Representative to also urge passage of S.B. 13.

If you are unsure who your Ohio State Representative is, find the full list of members at Member Directory | Ohio House of Representatives or search by your local address at this link.