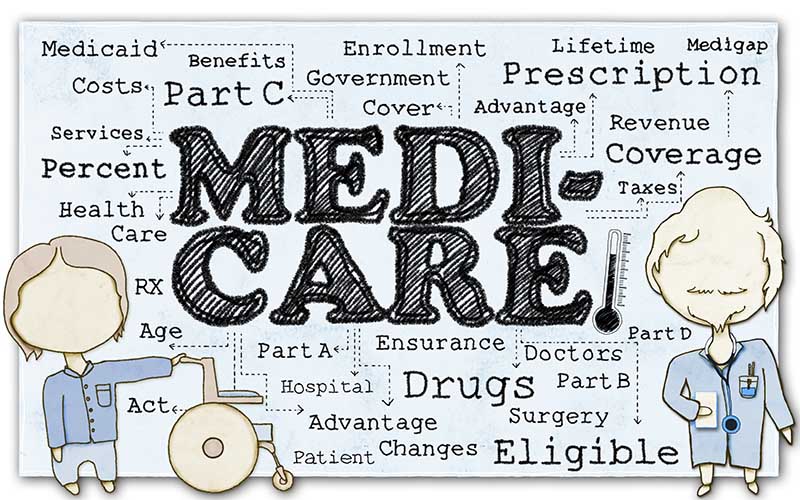 Congress should crack down on Medicare Advantage health plans for seniors that sometimes deny patients vital medical care while overcharging the government billions of dollars every year, government watchdogs told a House panel at a recent hearing.

Witnesses sharply criticized the fast-growing health plans at a hearing held by the Energy and Commerce subcommittee on oversight and investigations. They cited a slew of critical audits and other reports that described plans denying access to health care, particularly those with high rates of patients who were disenrolled in their last year of life while likely in poor health and in need of more services.

Rep. Diana DeGette (D-Colo.), chair of the subcommittee, said seniors should not be “required to jump through numerous hoops” to gain access to health care.

The watchdogs also recommended imposing limits on home-based “health assessments,” arguing these visits can artificially inflate payments to plans without offering patients appropriate care. They also called for the Centers for Medicare & Medicaid Services, or CMS, to revive a foundering audit program that is more than a decade behind in recouping billions in suspected overpayments to the health plans, which are run mostly by private insurance companies.

Related to denying treatment, Erin Bliss, a Department of Health and Human Services assistant inspector general, said one Medicare Advantage plan had refused a request for a computed tomography, or CT, scan that “was medically necessary to exclude a life-threatening diagnosis (aneurysm).”

The health plan required patients to have an X-ray first to prove a CT scan was needed.

Bliss said seniors “may not be aware that they may face greater barriers to accessing certain types of health care services in Medicare Advantage than in original Medicare.”

Leslie Gordon, of the Government Accountability Office, the watchdog arm of Congress, said seniors in their last year of life had dropped out of Medicare Advantage plans at twice the rate of other patients leaving the plans.

Rep. Frank Pallone Jr. (D-N.J.), who chairs the influential Energy and Commerce Committee, said he was “deeply concerned” to hear that some patients are facing “unwarranted barriers” to getting care.

Under original Medicare, patients can see any doctor they want, though they may need to buy a supplemental policy to cover gaps in coverage.

Medicare Advantage plans accept a set fee from the government for covering a person’s health care. The plans may provide extra benefits, such as dental care, and cost patients less out-of-pocket, though they limit the choice of medical providers as a trade-off.

Those trade-offs aside, Medicare Advantage is clearly proving attractive to consumers. Enrollment more than doubled over the past decade, reaching nearly 27 million people in 2021. That’s nearly half of all people on Medicare, a trend many experts predict will accelerate as legions of baby boomers retire.

James Mathews, who directs the Medicare Payment Advisory Commission, which advises Congress on Medicare policy, said Medicare Advantage could lower costs and improve medical care but “is not meeting this potential” despite its wide acceptance among seniors.

Notably absent from the hearing witness list was anyone from CMS, which runs the $350 billion-a-year program. The agency took a pass even though committee Republicans invited CMS Administrator Chiquita Brooks-LaSure to testify. Rep. Cathy Rodgers (R-Wash.) said she was “disappointed” CMS had punted, calling it a “missed opportunity.”

CMS did not respond to a request for comment in time for publication.

AHIP, which represents the health insurance industry, released a statement that said Medicare Advantage plans “deliver better service, access to care, and value for nearly 30 million seniors and people with disabilities and for American taxpayers.”

At Tuesday’s hearing, both Republicans and Democrats stressed a need for improvements to the program while staunchly supporting it. Still, the detail and degree of criticism were unusual.

More typically, hundreds of members of Congress argue against making cuts to Medicare Advantage and cite its growing popularity.

At the hearing, the watchdogs sharply criticized home visits, which have been controversial for years. Because Medicare Advantage pays higher rates for sicker patients, health plans can profit from making patients look sicker on paper than they are. Bliss said Medicare paid $2.6 billion in 2017 for diagnoses backed up only by the health assessments; she said 3.5 million members didn’t have any records of getting care for medical conditions diagnosed during those health assessment visits.

Although CMS chose not to appear at the hearing, officials clearly knew years ago that some health plans were abusing the payment system to boost profits yet for years ran the program as what one CMS official called an “honor system.”

CMS aimed to change things starting in 2007, when it rolled out an audit plan called “Risk Adjustment Data Validation,” or RADV. Health plans were directed to send CMS medical records that documented the health status of each patient and return payments when they couldn’t.

The results were disastrous, showing that 35 of 37 plans picked for audit had been overpaid, sometimes by thousands of dollars per patient. Common conditions that were overstated or unable to be verified ranged from diabetes with chronic complications to major depression.

Yet CMS still has not completed audits dating as far back as 2011, through which officials had expected to recoup more than $600 million in overpayments caused by unverified diagnoses.

In September 2019, KHN sued CMS under the Freedom of Information Act to compel the agency to release audits from 2011, 2012, and 2013 — audits the agency contends still aren’t finished. CMS is scheduled to release the audits later this year.

Fun and games and … estate planning?

In first, feds issue ‘bill of rights’ for air passengers with disabilities