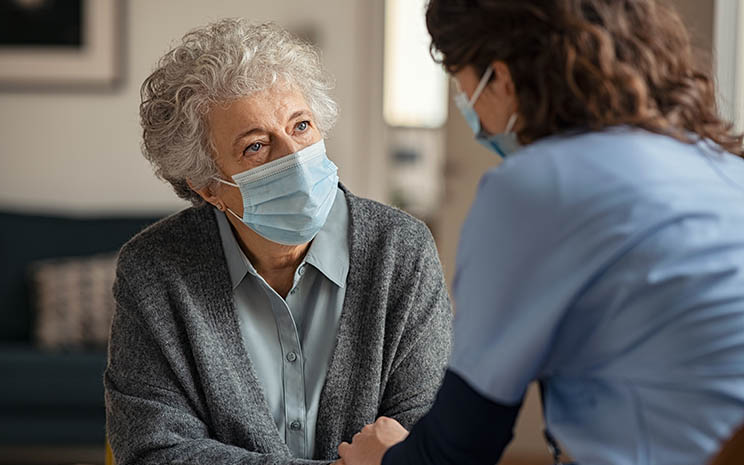 The Biden administration has identified core impediments to better nursing home care in its proposed overhaul of the industry, but turning aspirations into reality will require a complex task: adding workers. Trickier yet, the mandates for adequate staffing levels at all homes must not bankrupt those that can’t afford far higher labor costs.

President Joe Biden’s proposals for the nation’s 15,000 skilled nursing facilities — released just before his State of the Union address — would lead to the most substantial increase in federal nursing home regulation since Congress reformed the industry in 1987. The centerpiece of the effort is establishing minimum staffing levels for facilities. To date, the Centers for Medicare & Medicaid Services requires “adequate” staffing but specifically mandates only a skeleton crew of round-the-clock nursing coverage and one registered nurse who works at least eight hours each day.

CMS has rebuffed requests to mandate higher staffing levels in the past, saying each facility should “make thoughtful, informed staffing plans.” But multiple examinations — including a thorough CMS study in 2001 — have concluded staffing levels are frequently inadequate, particularly on nights and weekends. Studies have found that homes with higher staffing levels have fewer patient injuries. The 2001 study set a standard that many nursing homes currently don’t meet, saying optimal care required roughly one staffer for every seven short-stay patients — like those recovering from a hospital stay — and one staffer for every six long-stay residents.

Biden is ordering CMS to conduct a similar study and incorporate it into a formal proposal within a year.

“We would not be surprised to see that number [of workers] be higher in a new study because we know the care needs for residents and acuity levels have actually increased over the last 20 years,” said Lori Smetanka, executive director of the National Consumer Voice for Quality Long-Term Care, which advocates for older people who get services in nursing homes, assisted living facilities, and at home.

Requiring adequate numbers of workers won’t solve the problem many homes face in finding and retaining nurses and aides, a systemic issue made worse by the pandemic. And it’s likely that many facilities — particularly those with the largest share of Medicaid residents — would struggle to afford substantial increases in their workforces.

“Regulations and enforcement, even with the best intentions, just can’t change that math,” Katie Smith Sloan, president and CEO of LeadingAge, an association of nonprofit aging service providers, said in a statement. Mark Parkinson, president and CEO of the American Health Care Association, the largest nursing-home lobbying group, said in a statement that “we cannot meet additional staffing requirements when we can’t find people to fill the open positions nor when we don’t have the resources to compete against other employers.”

Workers at end of complex equation

How many more workers nursing homes can afford remains a mystery even though the industry is the most tightly regulated type of health care provider. For-profit nursing homes, which are the majority, often appear poorer than they are because their owners shift money to themselves through rent or management fees paid to corporations they also control. These convoluted networks are often impossible to untangle with the information the government collects.

Much of Biden’s plan promises to dig deeper into the finances of homes and make that information publicly available. “It’s just been so complicated,” said David Grabowski, a professor of health care policy at Harvard Medical School. “They’re going to finally determine who owns this building, what the arrangements are there, how the dollars really flow. That’s essential. We should have done this years ago.”

The proposal would also task the government with examining the role of private equity and real estate investment trusts in buying and selling facilities. Some studies have concluded that ownership by those types of investors leads to smaller budgets, fewer workers, and worse care. And Biden is calling for tracking the quality and finances of nursing home chains, in addition to facility by facility as is the current practice.

“We’ve been urging that for 15 or 20 years,” said Charlene Harrington, a professor emeritus at the University of California-San Francisco School of Nursing. Harrington, who has long pushed for staffing increases and better financial disclosure, said, “Everything’s going to hang on the implementation, but I’m so happy they’re going to focus on the transparency issues.”

The administration said it wanted Congress to give it the authority to ban from the Medicare and Medicaid programs facilities owned by people or corporations with terrible track records of running facilities. And Biden is asking Congress to give CMS almost $500 million more for inspections, a 25% increase, and hike the maximum fine for an individual violation from $21,000 to $1 million. That particularly targets habitually poor-performing facilities, which are subjected to more intense oversight through the Special Focus Facility program. A 2017 KHN investigation found that more than half of homes in the program harmed patients or put them in serious jeopardy after CMS declared them improved.

Most of the changes will not require congressional approval. And the administration said it would “explore” increasing the use of fines deployed each day a home is in violation, an approach that the Trump administration had limited.

Disadvantages of aging in place: What to keep in mind before committing