Advocates: Amanda Bynes’ conservatorship case is not the norm 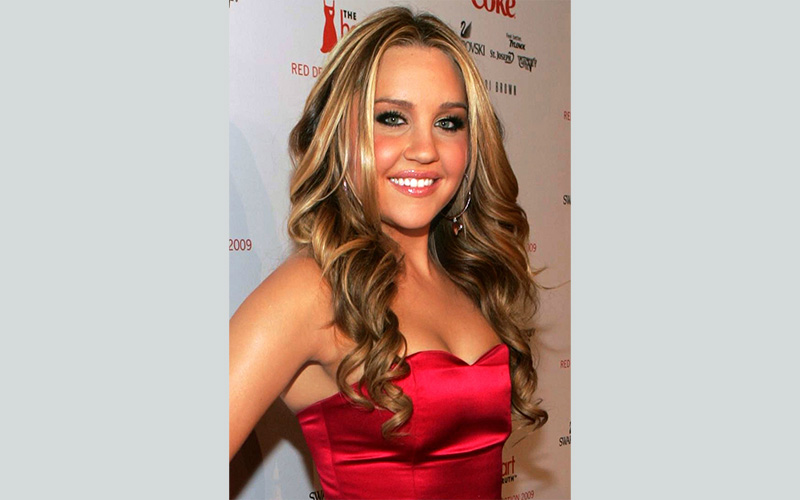 Amanda Bynes’ conservatorship was terminated March 22 without public contention or fanfare. But disability advocates say her case is not the norm, and warn against using Bynes as evidence that conservatorships don’t need to be reformed.

Bynes’ parents filed to place her in a conservatorship in 2013, following what the former child actor previously described as a dark period in her life. The case of the former Nickelodeon star has rarely played out in the public eye and draws a contrast to that of pop star Britney Spears, whose conservatorship was dissolved after a protracted, public court battle and has led to legal reform efforts in California.

Zoe Brennan-Krohn, staff attorney for the American Civil Liberties Union’s Disability Rights Program, noted that Bynes’ conservatorship, which was apparently dissolved more easily than that of Spears, is unlike other cases she’s seen.

“I do know of cases where the court is, essentially the holdout that … like in this case, the conservator and the conservatee agree that they want the conservatorship to end, and the court chooses not to end it anyway,” Brennan-Krohn said. “And I think there’s a real paternalism in that … view of people with disabilities as not fully adult, not fully human.”

In July 2013, Bynes was put in a 72-hour psychiatric hold after reportedly setting a fire at her home. Her parents requested the court to place her under conservatorship after what their attorney described as paranoid behavior fueled by substance abuse, according to The Los Angeles Times at the time.

Bynes herself admitted to substance abuse and serious body image issues affecting her mental health prior to the conservatorship during a 2018 Paper magazine interview.

Ventura Superior Court Judge Roger L. Lund dissolved Bynes’ case on the grounds that the basis for her conservatorship no longer exists.

Kevin Wu, who has been part of the #FreeBritney movement since April 2019 and was in court for Bynes’ hearing, questioned whether the basis truly existed in the first place when other options may have been available.

“Millions of people across the United States are under guardianship very similar to what Britney and Amanda went through,” Wu said. “That is that other people, or the courts, decided that they couldn’t lead their own lives and stripped away their civil rights. And so the larger lesson here is, that’s allowed to happen because of the specter of ableism.”

Though the high-profile nature of their cases has been unusual and how their cases played out in public differed, the conservatorships themselves are not unusual, Wu said. Like many #FreeBritney activists, Wu has shifted his focus on drawing attention to reforming the conservatorship system as whole in recent months.

Though Bynes didn’t allege conservatorship abuse the way Spears did in her public testimony, Wu said that doesn’t mean she doesn’t deserve the freedom to live her own life or “freedom to make mistakes even.”

“So it’s a very paternalistic and ableist view that her conservatorship was necessary,” Wu said. “So I would disagree with those who say that it was.”

In fact, the very burden of proof that Bynes had to offer in order to regain her civil rights is evidence that the system doesn’t work, said Judy Mark, president of Disability Voices United.

“I don’t believe it shows that conservatorship works,” Mark said. “People need to understand how absolutely medieval it is to have conservatorship. It takes away everybody’s complete rights to what they eat, where they live, who they truly can be friends with.”

Advocates have urged alternatives to conservatorships

A person can be placed in a conservatorship without even being present to address the judge when they make a ruling, Mark said, being forced into a legal arrangement that strips their civil rights away without a chance to speak to their defense. Probate conservatorships in California are notoriously difficult to terminate, according to Mark.

“There needs to be a reckoning of the way that we look at people with disabilities, whether it’s a developmental, mental health or an aging-related disability,” Mark said. “Conservatorships should only be in place as a last resort. We always have to look at less restrictive alternatives for people in their lives.”

Mark, Wu and many other disability rights advocates have urged alternatives to conservatorships, and are fighting for the passage of a state bill that could force courts to look at them.

California Assembly Bill 1663 would loosen the burden for dissolving conservatorships, create a conservatee “bill of rights,” and require each court in the state to create a ​”conservatorship alternatives program” such as supportive decision-making.

Supportive decision-making, recognized in 18 states already, is essentially naming a list of trusted people who can assist in times of crises or on a more long-term basis, according to Brennan-Krohn, the ACLU attorney.

“So it’s similar to a power of attorney, although with support decision-making, you’re still the person who can make the choice,” Brennan-Krohn said. “Typically in a power of attorney, you’re giving someone else the right to make choices for you, but on a more limited basis than a conservatorship.”

Conservatorships are a legal designation that inhibits someone from making any decisions for themselves by asserting they are not mentally competent to do so. In many cases, judges do not need to speak to a person before ruling to place them in one, as was the case for Spears in 2008.

Once in a personal or financial conservatorship, a person can no longer make basic choices such as what to buy for lunch, whether to own a cellphone or even whom they can communicate with.

A power of attorney and supportive guardianship differs in that it allows someone else to make medical or financial decisions for you in times of crisis, and can later be revoked, Brennan-Krohn said.

Brennan-Krohn warned that conservatorships are the “creation of a very powerful legal mechanism that you don’t actually retain control of, even if you are the conservator.” Though Bynes appeared to have a good relationship with her conservator, her mother Lynn, the court still held the reins.

If something were to happen to Bynes’ parents, the court could have placed her under a professional conservator who might not have that same relationship or work to dissolve the arrangement.

Bynes being able to terminate her case so easily is more an anomaly in the system than the norm, Brennan-Krohn said.

“There are a lot of conservatorships where everyone is working in good faith to try to help and support a person,” Brennan-Krohn said. “And from what I’ve seen of Amanda Bynes’ public statements that seems to be her impression of what the conservatorship did for her … but even in cases where there isn’t that, that express harm, it’s still really important to ask and think about whether conservatorship was necessary in the first place.”

Advancement for workers with disabilities relies on manager