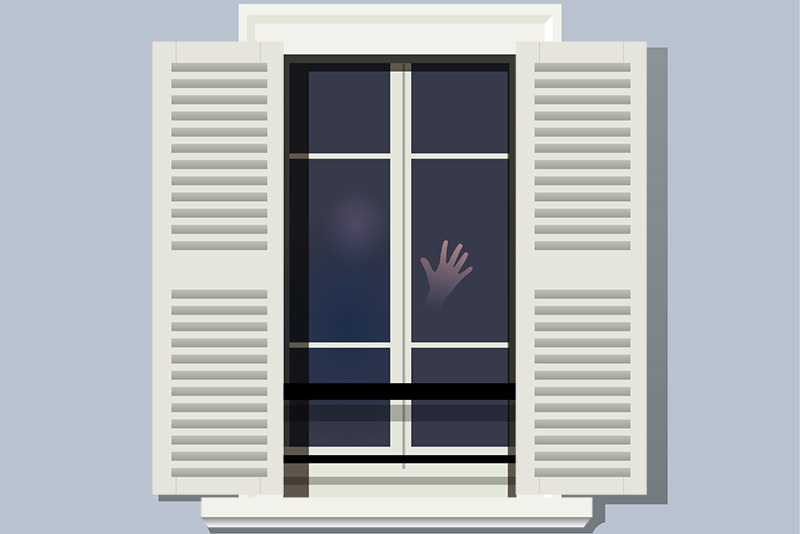 Felice Blair knew two things for certain about the man she met that December day in Tel Aviv — he looked good in a red sweater and he was quite late.

After apologizing profusely for having gotten lost, her blind date, Bernard, a friend of her cousin, suggested they grab something “cheap and cheerful,” a phrase revealing his British roots. Want to get Chinese food, he suggested.

“I’m in love!” she blurted, telling him that it was her favorite.

He flashed her a baffled look and laughed and soon they were swapping stories about divorce and children over orange chicken and lo mein. They met up a couple more times before Felice’s weeklong trip ended and she returned home to Woodland Hills.

“That was it,” Felice said, recalling the fateful trip in 1986. “It really was a fairy tale story.”

Now 74, Felice has had a lot of time recently to reflect on her and Bernard’s life together — on those early memories and all the hard and happy ones since then. Even before the coronavirus outbreak and its unprecedented shutdowns, which have kept her from visiting Bernard’s skilled nursing facility in Reseda, Felice had begun to consider the end.

“It’s part of my long goodbye,” she says of her husband, 77, who has advanced Alzheimer’s.

For Felice, like countless other spouses and children in her situation across the country, the quarantine has compounded the feelings of guilt and helplessness that sometimes come with moving a loved one into a nursing home.

Now, faced with the possibility of a months-long lockdown, Benard’s wife faces the painful possibility that he could die without her in the room to hug him or whisper assurances.

Her husband’s eyes no longer glimmer with recognition, but when she kibitzes with him he still smiles at times. She finds herself thinking about when, if ever, she might see that smile again and about the life she and Bernard built together.